Back to Speakers Page 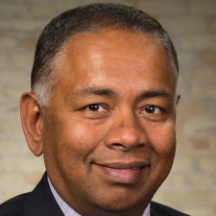 Siva Balakrishnan is the General Manager for the GoldSeal Business in GE Healthcare. He also leads the eCommerce “go to market” strategy initiatives for Global Services for GE Healthcare. Siva began his career in GE with the Corporate Audit Staff in 1994 and has seen a succession of roles in GE Capital (in India as well as the United States). After five years with Terex Corporation, running the Aftermarket business for its Aerial Work Platform businesses, and two years running the Aftermarket P&L for Gardner Denver, Siva returned to GE to run the GE Healthcare Goldseal Business. Siva lives with his spouse and two daughters in Wisconsin.